At the beginning of 2021, all of us were sucked into the world of corsets through the popular series on Netflix called Bridgerton. After watching the series constantly for such a long period, we have just one question on our minds. “Are corsets going to come back into fashion?”

There is no doubt that the series might be responsible for this trend coming back into our lives. There has been an uprising in the cottage-core regency and romanticism with the design of the corsets. Not to mention that the images shared on social media platforms might just be the correct testament to the fact that corset dresses are back in the trend and are going to achieve the success they deserve.

So, before actually getting into why corsets will be a huge trend in 2022, let us first acknowledge the origin of the corsets and the history that this beautiful costume has traveled to reach our lives today. We will also shed some light on why this particular trend just keeps on coming back after certain gaps in time. So, stick around and read more to know about the waist training corset.

The History of the Waist Reducing Corset

When it comes to the corsets, the history would most probably date back to about the 1500s. The initial creation of the corset was don’t to transform the body of the females into silhouettes that were naturally unattainable. However, some historians did consider the corsets as a sign to oppress the females, and also others just saw the waist cinchers or corsets as undergarments that would help support the heavy-weight dresses and fabrics.

Corsets didn’t leave the scene of fashion, and over the countless years that we have lived, fashion designers have managed to bring back the trend again and again after adding their touch of creativity and imagination to the historical costume.

Another one of the major forces in the fashion industry that brought forth the trend of Corsets would be Thierry Mugler, who gave rise to some of the most fashionable looks using the corsets for the runway. One prime example is Nadja Auermann, who wore a hard-bodied waist reducing corset dipped properly in rhinestones, and it established a relationship between fashion, empowerment, and corsets. 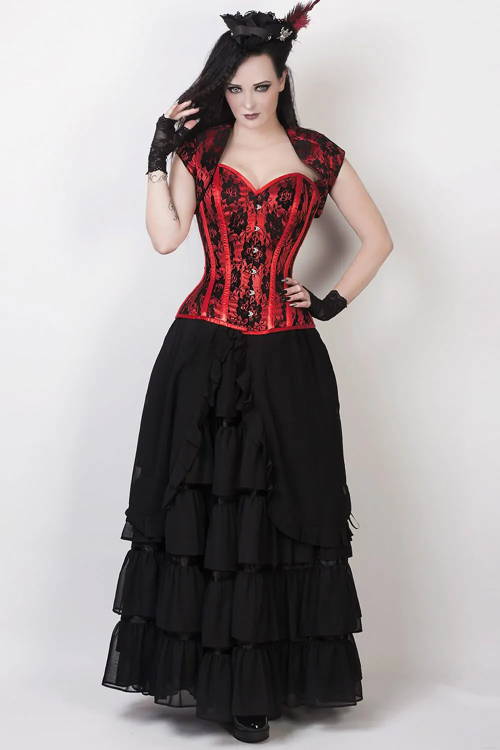 How Is the Present Day Adopting the Corset Trend In 2022?

Presently, brands such as Balenciaga and Prada have incorporated this particular trend of amazing corset dresses into their latest collections of fashion for sure. However, some other smaller brands have managed to usher in the core trend of corsets and reimagined them on social media platforms in the best way.

This trend has people craving more designs and amazing looks, from leather corsets to other amazing versions of corsets. As a result, most brands these days are waiting to incorporate this particular trend into the fashion statement, and hence it is predicted that corsets will be a very popular fashion trend by the time we reach the end of 2022.

What Does the Fashion Forecast Say?

When we look forward, the fashion experts have picked up the trend of the bunny corset or other corsets and made something new and imaginative with it. There are many ways in which the designers have reimagined corsets. From long sleeves tank sleeves to strapless, there are so many popular versions incorporated in the trend.

Apart from that, the lacing in the steel-boned corset is something that the present designers include in this particular historical garment design. All the brands have been busy creating the best corset designs using many prints and fabrics.

There are fleece, upholstery, and classic looks that designers create worldwide. For the people who work in the fashion industry, the under or overbust corset is a popular thing that they get to see for sure. However, the designers need to export their interests into newer materials that can be used to create amazing corsets.

According to the predictions of the different fashion experts, the underbust corset and fabrics used to create these amazing materials will gain a lot of popularity by the end. So, it can be said without a single speck of doubt that the corsets are getting back in style despite having a pretty controversial history.

We have a wide range of options in different types of steel boned corsets that will train your waist and offer you the look you have been searching for. So, all you need to do is decide upon the character you wish to be this Halloween and then select the right type of corset from the wide range of collections that we display.